Wike, like Obi, has offered to support Kwankwaso in 2023. 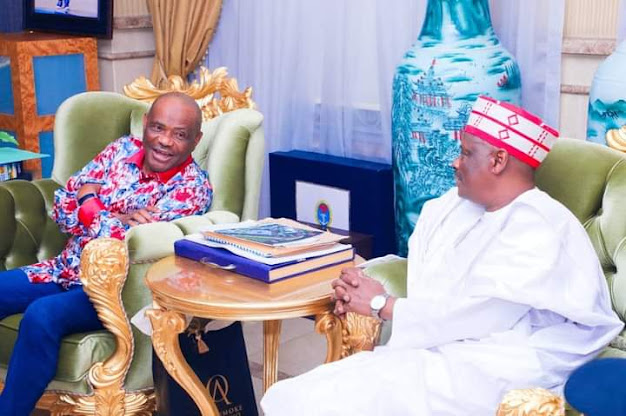 Rivers State Governor Nyesom Wike has endorsed the New Nigeria Peoples Party (NNPP) Presidential Candidate, Rabiu Kwankwaso.The news comes just three days after Wike endorsed Labour Party Presidential Candidate Peter Obi's campaign.When the presidential candidates commissioned projects in the state, Rivers Governor pledged his support.While Obi dedicated the Nkpolu-Oroworukwu Flyover Bridge in Rivers, Kwankwaso dedicated the Mgbutanwo Internal Roads in the state's Emohua Local Government Area.Wike also stated that he was one of the few persons who convinced Kwankwaso, a former PDP member, not to leave the party since he was an asset to it."I remember coming to your house in Abuja to ask you not to leave the PDP because I thought you were a valuable asset to the party." Even when they I refused to leave you alone when you told me to.""I've known you for a long time, and I know you're a man of integrity, so whenever you want to campaign in Rivers State, just let me know when you want to come," he said.
Tags
Politics