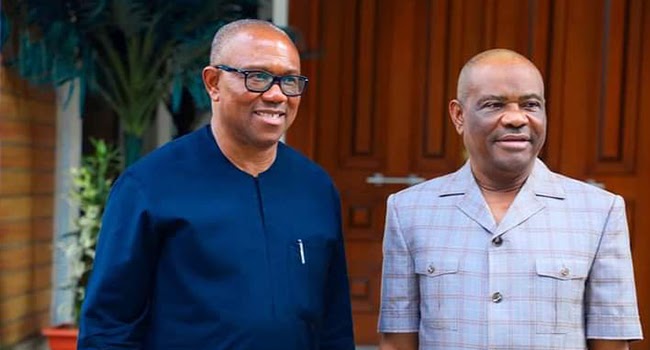 Nyesom Wike, the governor of Rivers State, has reiterated his commitment to helping Peter Obi, the presidential candidate of the Labour Party (LP), with logistics.

Obi was a previous governor, thus Wike argued that it was necessary to provide logistical support for him during his presidential campaign in Rivers.On Friday, Wike pledged to back Obi's presidential campaign logistically.The governor made this known as Obi was putting the finishing touches on a flyover in Port Harcourt, the state capital.Wike, however, cautioned Obi that the Labour Party would not succeed in securing any political office in the state.In remarks made Tuesday in Port Harcourt, Wike asserted that Rivers State had only one political party, the PDP.I made a commitment to support Obi logistically, and I have no misgivings about doing so, he said."I will provide him with vehicles and security, and I must logistically support him.". And I informed him of this yesterday; Rivers does not have any other parties, thus his party will not be elected to even one post, let alone the House of Assembly. PDP, Rivers State Chapter, is the only party present.
Tags
News Politics