Fear grips the opposition as Ganduje's son leads a march for Tinubu in Kano. 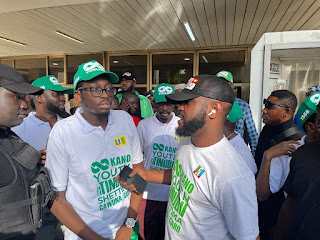 The opposition PDP, NNPP, and other shaky political groups in Kano state appear to be terrified as the All Progressives Congress APC marches in support with its presidential candidate, Asiwaju Bola Tinubu. 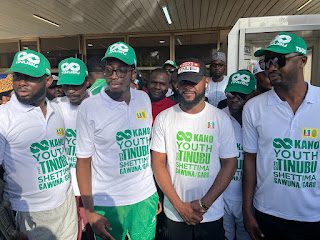 A leading APC support organization, led by Muhammad Ganduje, son of Kano state governor, Umar Ganduje, had mobilized over one million youngsters to take part in a street walk in what appeared to be a show of strength.

Kano appears to be a scenario to watch in 2023, with the ruling party's increasing power, even as former state leaders who are now in opposition have threatened to oust the ruling party from the state, which has tremendous electoral strength.

However, while leading an eager mammoth crowd of youngsters in the state's peaceful walk, the convener Muhammad Ganduje stated that the walk was just a tip of the APC strength in the state, ensuring that the party would have a clean sweep in all elected seats. 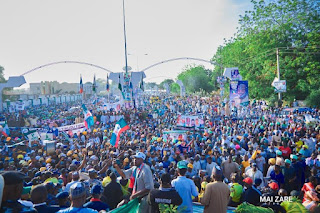 He emphasizes that the walk on Sunday was the first step toward triumph.

Umar Ganduje, the state governor, also made an unexpected appearance, stating that the APC will win the presidential election and other major offices in the state.

The governor stated that the APC presidential candidate, Asiwaju Bola Tinubu, is the person the country needs now to build on President Muhammadu Buhari's achievements in 2023.