Ayu urges Nigerians that the only way to end their suffering is to vote the APC out of power in 2023. 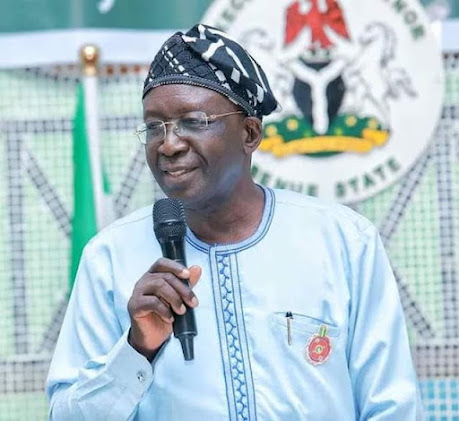 Iyorchia Ayu, national chairman of the Peoples Democratic Party, has asked Nigerians to hold the All Progressives Congress, APC, accountable for the country's ills.

Ayu, who claimed that the APC-led administration had created enormous suffering among the people, accused the ruling party of harming the country's economy.

This was declared by the PDP chairman during the installation of Eyitayo Jegede as Balogun of the Cathedral Church of Saint David Ijomu Akure, Ondo State's capital.

He argued that the only choice is to remove the party from power and replace it with a new administration committed to the welfare of the people.

"Nigerians are in pain. A bag of rice costs more than the minimum salary for workers. Things were cheap when the PDP was in power.

Under the leadership of the APC government, university students have remained at home for nearly a year."

He contended that voting for Alhaji Atiku Abubarkar, the PDP's presidential candidate, and other party candidates would allow Nigerians to live more meaningful lives.